The method makes use of the property that pointclouds from lidars appear more 'crisp' when the calibration is correct. It does this as follows:

The final calibrations quality is strongly correlated with the quality of the transformation source and the range of motion observed. To ensure an accurate calibration the dataset should encompass a large range of rotations and translations. Motion that is approximately planner (for example a car driving down a street) does not provide any information about the system in the direction perpendicular to the plane, which will cause the optimizer to give incorrect estimates in this direction.

For most systems the node can be run without tuning the parameters. By default two optimizations are performed, a rough angle only global optimization followed by a local 6-dof refinement.

The node will load all messages of type sensor_msgs/PointCloud2 from the given ROS bag for use as the lidar scans to process. The poses can either be given in the same bag file as geometry_msgs/TransformStamped messages or in a separate CSV file that follows the format of Maplab.

The node will output it's current estimated transform while running. To view this your launchfile must set output="screen" in the <node/> section. See the given launchfile for an example.

Once the optimization finishes the transformation parameters will be printed to the console. An example output is as follows:

If the path has been set the results will also be saved to a text file.

As a method of evaluating the quality of the alignment, if the needed path is set all points used for alignment will be projected into a single pointcloud and saved as a ply. An example of such a pointcloud can be seen below. 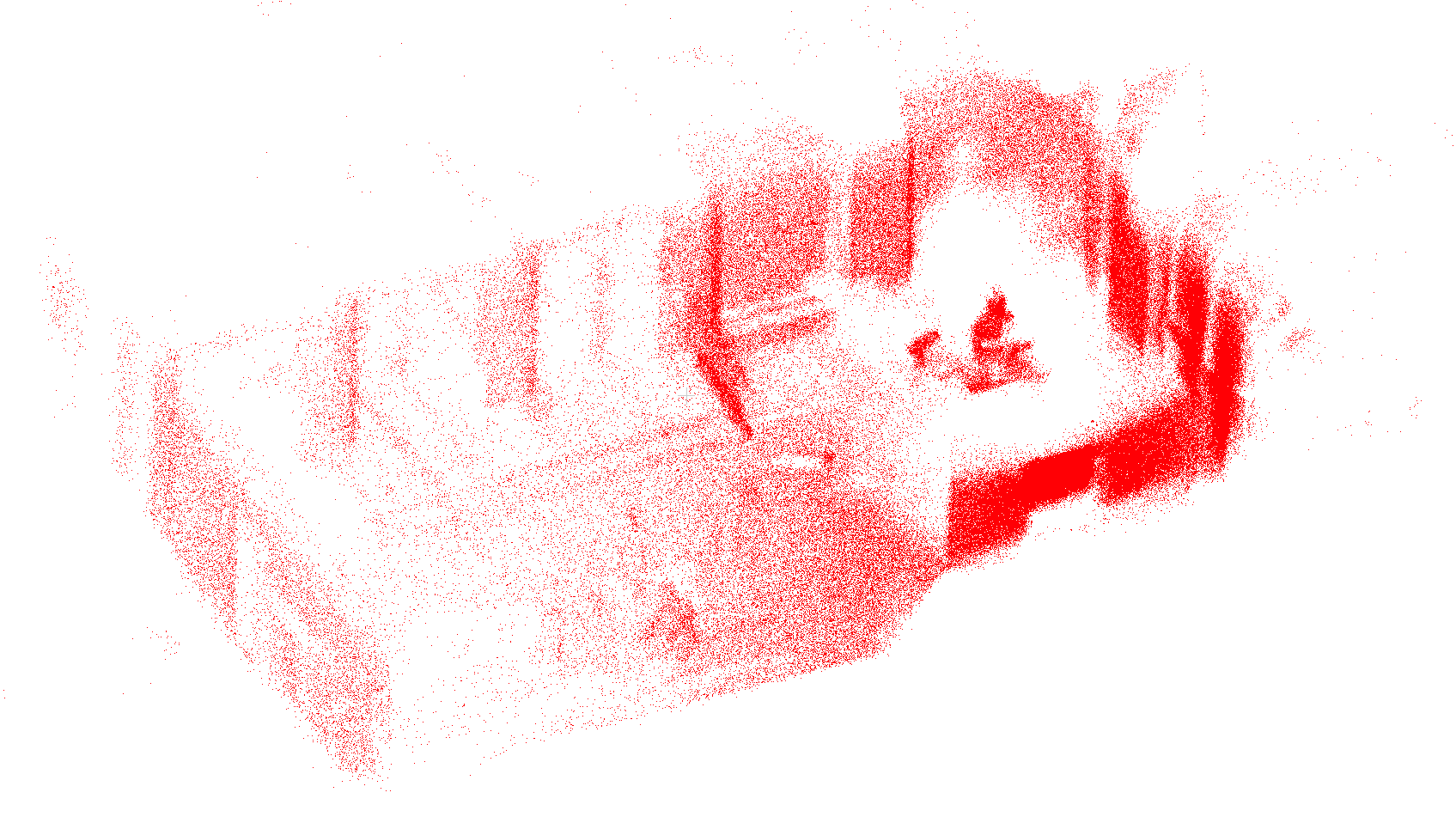 Note that Maplab has two CSV exporters. This file-format is the same as produced by exportPosesVelocitiesAndBiasesToCsv but differs from the output of exportVerticesAndTracksToCsv